David Alexander is the Founder and Managing Director of Sheer Music Publishing, the largest African owned music publishing company on the African Continent. A serial entrepreneur David has started or invested in many companies in the music industry over the last 30 years and while the business of the music industry has been disrupted by technology David has managed to align himself with the 4th Industrial Revolution and keep his business interests relevant and aligned with the dramatic changes in the marketplace.

Sheer Publishing is very active on the African Continent and David has travelled to many sub-Saharan countries both in search of new clients and to advocate for the value of Intellectual Property Rights. David has given papers and served on panels at music industry conferences such as Midem (France) Canadian Music Week (Canada), African IP Forum (Tanzania), Salaam Music Expo (Senegal), Womex, Kenya Music Week and ONGEA (Kenya), NIMEX- the Nigerian International Music Expo (Nigeria), Porto Musicale (The Brazilian Music Exhibition) and the Wami Conference (Western Australian Music Industry) as well as at Moshito, Music Exchange, Music Imbizo in South Africa.

Over his thirty years in the music industry David notes the following highlights;

He was one of the founders of the Musicians Union of South Africa which was the first musicians union formed after the death of Apartheid and was constituted from members of the South African Musicians Alliance (of which David was a member) which was COSATU affiliated and heavily involved in anti-apartheid activism and the SA Musicians Union which represented the National and Provincial Orchestra players around the country. David served on the Gauteng Branch Executive and represented MUSA in the negotiations for the first local content quota in South Africa. This quota allowed South Africans to hear their own music on all radio platforms and facilitated the increase in investment into local music over the subsequent years and the rise to commercial success of previously underrepresented South African music genres. The local content quota still continues till today and ensures that South African songwriters receive financial reward for their creative output.

He is kept busy watching global library business trends, listening to the ever evolving music of Africa and maintaining quality relationships with the many composers and clients attracted to the dynamic Mama Dance operation.

Based in Cape Town, he and the team are just a call or email away for friendly advice and proper service.

Ryan Hill is a South African Music Publisher with nineteen years of experience and a Master’s degree in music by composition from the University of Cape Town. He currently occupies most of his day as Managing Director of Universal Music Publishing and is deeply involved in industry development. He has chaired and is a co-founding director of the Music Publishers’ Association of South Africa (MPA SA), vice-chaired and co-founded the Composers, Authors and Publishers Association of South Africa (CAPASSO) and is a a non-executive director of the Southern African Music Rights Organization (SAMRO). He has experience from the ground up in Music Publishing – from composing, copyright administration, licensing and A&R through to regional industry leadership and development in West and East Africa, including advocacy in copyright law reform processes. He has been instrumental in closing regional digital licenses, setting up new collective management organisations, regional associations and is passionate about empowering writers and publishers to partake more meaningfully in the industry. He feels at home in studio, at the office or at the piano.

Natalie Sanderson is the CFO of The David Gresham Entertainment Group and has 25 years’ experience in Africa’s Music Industry. She sits on the Board of Directors for The Music Publishers Association of South Africa (MPASA), RISA Audio Visual (RAV) and The South African Music Rights Organization (SAMRO). With her knowledge and experience, Natalie brings key insight to all her positions to actively find solutions in the shifting landscape of the music industry from copyright issues to technological innovations.

Rob Cowling has 25 years experience in the music business. From retail to co-ownership of an independent record label and publisher, to head of Gallo, a 93 year old “major independent” housing Gallo Music Publishers and Gallo Record Company. Cowling is also on the board of Directors of South African music Industry Trade bodies RISA and RAV, and has a wealth of experience in recording rights & copyrights, label & publishing services, A&R, marketing and running label support for the IDOLS SA franchise. In 2019 Cowling was acknowledged in Billboard magazine’s “International Power Players List” as one of the top global music executives driving the industry’s success outside the U.S.

Reuben joined Sony/ATV Music Publishing heads the finance department. His primary role is to provide support to the organization and improve decision-making by providing pertinent information that drives pricing, appraisal of catalogue(s) and artists, evaluating investments/transactions, revenue maximization among a variety of duties.

He holds a Bachelor of Commerce with honours in Accounting from the University of Johannesburg. Reuben trained with Deloitte, worked in the finance departments at M-Net and Lee Executive Imaging with a key focus on financial reporting and investment analysis. The experience enabled him to learn important skills and to develop the smarts needed to succeed in a competitive environment.

Rowlin Naicker started his musical journey at Primedia Music in 1999 which later became Electromode Music. In 2005 he joined EMI Records as Royalty Manager, where he handled all aspects of royalty accounting and administration for both artist and composer/publisher royalties. Not much later, in 2007 he had taken up a role as head of Finance and Music Publishing at Sony/ATV. In 2012 he was promoted to General Manager and it was at this time that he was responsible for facilitating the smooth transition of the SA leg of the global acquisition of EMI Music Publishing.

In 2016 he was promoted to Managing Director of both Sony/ATV and EMI Music Publishing and he has publishing oversight for acts such as Abdullah Ibrahim, Joyous Celebration, Jack Parow, Arno Carstens, Theo Kgosinkwe (Mafikizolo) to name a few. Legacy agreements that have been renewed under his leadership include Bombjeez, Freshlyground and Matthew Field of Beatenberg and he has secured prestigious signings such as Simphiwe Dana, DJ Maphorisa, Matthew Mole, Mi Casa, Bongeziwe Mabandla, Kid Fonque, Samthing Soweto and others.

In addition to being the Chairman of MPA SA, Rowlin is also a Non-Executive Board Member of the Southern African Music Rights Organisation (SAMRO) and a member of FINCOMM, a subcommittee of the Composers, Authors and Publishers Association (CAPASSO). He brings professionalism, energy, dedication and experience that he has gained in the industry over the last two decades and is a true ambassador of SA music both at home and on international shores.

There was a brief time at SAMRO and from there she went to Synchro Music Management in March 2008 and left in October 2018, as the Managing Director of Synchro Music.

This year, 2019, she has joined the Mama Dance Music team and is currently with them, working from Johannesburg for the team.

Miss Bulley is a member of the Production Music South Africa (PMSA). 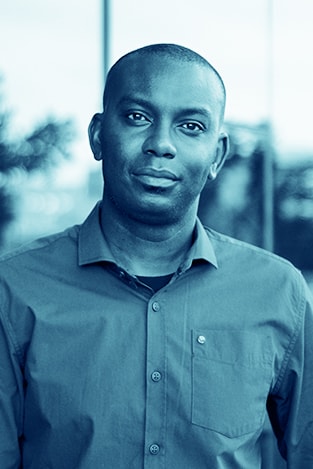 Moonga is a singer, songwriter, author, consultant and property developer.

For MPASA, he sits on the following committees:

Moonga is committed to growing the creative industries in Africa through research and creating links with other sectors. His past work includes facilitating the relationship between SAMRO and DownTown Music Hub which led to a SAMRO Hub at the studios.

Geoff Paynter is an independent music publisher, who was M.D. of Gallo Music Publishers for 20 years and a Board Director of SAMRO for much of that time. He oversaw the international careers of Ladysmith Black Mambazo, Lucky Dube and the Mahotella Queens during his time at Gallo, and has nearly 50 years work experience with record companies (Teal Zambia/Gallo/WEA) and music publishing. He has run his own music publishing company since 2008.

Paynter has travelled widely in Africa and played a major part in promoting East African and Congolese Rumba music into Central Africa, Zimbabwe and South Africa in the seventies and eighties as well as Chimurenga music from Zimbabwe in the seventies. He was instrumental in reviving the career of Mahlithini in the 1980’s and in bringing Mango Groove’s recordings and publishing to Gallo. He was also behind the “Heinz” advertising campaign that resulted in Ladysmith Black Mambazo charting and selling over 1 million albums in the UK.

He motivated the “Mbube”/”Lion Sleeps Tonight” case and settlement and successfully litigated, on behalf of South African composers against Belgian artist Helmut Lotti in a Belgian Court. He similarly defended composer’s rights in the long-running “Umoja” and “SARRAL” legal cases.

Paynter is an advocate of ‘good governance’ and believes in “maximising royalty distributions” to members. He has been on the Board of MPASA and its predecessor NORM, since 1988.

We wont spam you, Promise

to receive updates and news.

Would you like to find out more about the Music Publishers Association of South Africa? Fill in this form, let us know how we can assist you and we’ll get back to you soon.


Give us a call on